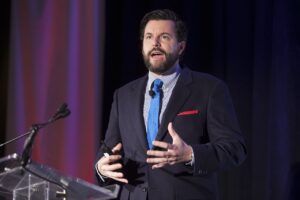 Charles Duhigg is an awarding winning journalist and author of several books. Born in New Mexico in 1974, he graduated from Yale University and completed is MBA from the Harvard Business School. His journalistic career was shaped with “The Los Angeles Times” and went on to being a reporter at “The New York Times”, where he was part of the team that won the 2013 Pulitzer Prize for Explanatory Reporting for a series of 10 articles about the business practices of Apple and other technology companies. He also authored and co-authored many memorable pieces. The book, “The Power of Habit” is a professionally researched landmark book that has spent over 60 weeks on The New York Times’s best seller lists. He has written another book titled “Smarter Faster Better: The Secrets of Being Productive in Life and Business”.

Not related to this book is a story from Kerala, set in the mid-eighties, which tell us about a housing colony which went overboard with fitness. Some people used to get up early in the morning every day and started jogging. Soon they were joined by more and more people till nearly everyone in the colony was out of their house – jogging. The unattended households came to the notice of thieves and a spate of early morning robberies started taking place in the colony. The joggers, despite the robberies continued with their morning routine – they just could not stop. Such is the power of a “habit”. (Extracted From Nandakishore Varma at https://tinyurl.com/y3w8ruln).

The Power of Habit is an enjoyable read wherein the book presents a framework of understanding how habits work and serves as a guide to show how to change them. It is about why we do what we do, how we form habits and how we can control them.

Charles Duhigg explains the science behind both good and bad habits. He starts with the concept of a “habit loop” where cue, routine, and reward work together to create a habit in an individual, a group of individuals or even large organisations. The “habit loop” (will be discussed in detail in the Book Summary later) starts with identifying the routine, experimenting with the reward, and thereafter isolating the cue. Once all three have been clearly identified, the author tells us how to create a plan that to eventually change the habit. Charles Duhigg’s Golden Rule of Habit Change states that, “You can’t extinguish a bad habit, you can only change it.” It will not happen overnight, but with time and patience, one can do it.

One thing that makes the book stand out from other similar books is the extensive research and science on which it stands. For example, while discussing the importance of small wins, he cites a paper from 1984 by Cornell professor who says, “Small wins are a steady application of a small advantage. Once a small win has been accomplished, forces are set in motion that favour another small win.” Using this research, Duhigg emphasises more about the significance of small wins being a way to fuel transformative changes. He discusses everything threadbare to the extent of using prolix prose at many places in the book. Using diagrams and illustrations extensively, he wants people to see that they can reach their goal if they continue to work hard at it.

The book is divided in three parts, relating to habits of individuals, habits of organisations and habits of societies. The author in each part uses many examples to support his thesis. In the individual habit section, the reader is made aware of what causes habit formation, its structure, and the neurological reason for habit formation. In the second and the third part of the book, which is about habits in organisations and societies, he explains how movements like civil rights and other similar movements thrive for long periods and become successful. It is also interesting to learn the role of habits in successful managing of organisations like Aluminium Corporation of America, Target, Starbucks etc.

One of the key messages in the book, is, knowing that a single key habit will have overwhelming influence in changing other behaviours of a person. Using Duhigg’s research and the methods described in the book, social psychologists have designed and developed many interventions to help people break their bad habits.

Whatever be the motivation, whether to learn about habit science, or to create/modify habits for improving personal/organisational effectiveness, “The Power of Habit” is an enjoyable book, everyone should pick up. One thing is certain though, that, one needs determination, commitment, patience, and resistance to temptation to break old habits and form new habits. I loved reading this book.

In the next few paragraphs, I will summarise the book and bring about key takeaways for most readers who may not have the time to read the book in full.

What is the Habit Loop

Habit is a three-step loop in our brains.

Over time, this loop – cue, routine, reward – becomes more and more automatic. The cue and reward become intertwined until a powerful sense of anticipation and craving emerges. Since we often do not recognize these habit loops as they grow, we are blind to our ability to control them. By learning to observe the cues and rewards, we can change the routines.

Cravings drive habits. Figuring out how to spark a craving makes creating new habits easier. Every night, millions of people scrub their teeth in order to get a tingling feeling; every morning, millions put on their jogging shoes to capture an endorphin rush they have learned to crave. The book contains an interesting case study of how craving created the habit of daily brushing of teeth in USA in early 1900s and made Pepsodent into one of the best-known products on Earth).

At individual level or at the level of organisations some habits are more powerful than others. These are known as keystone habits and they have the power to change how other habits work. Making a change in a keystone habit (“going for a run before work”) can start a chain reaction that over time transforms other patterns (“eating a healthy breakfast instead of a donut” and “drinking water instead of coffee throughout the day”). It can be difficult to find the critical habits that can impact other routines. Once these critical habits are identified and changed, they have the potential to have wide-reaching effects.

Keystone habits were crucial to explain how Paul O’Neill transformed the Alcoa Corporation and how Michael Phelps became an Olympic champion (his routine before a competition swim and how his over the years habit made him overcome his leaking goggles in the finals of 200m meter butterfly event to create a world record is interesting to read in the book).

When you learn to force yourself to go to the gym or start your homework or eat a salad instead of a hamburger, part of what’s happening is that you’re changing how you think,” said Todd Heatherton, a researcher at Dartmouth who has worked on willpower studies.

“People get better at regulating their impulses. They learn how to distract themselves from temptations. And once you have gotten into that willpower groove, your brain is practiced at helping you focus on a goal.”

“That’s why signing kids up for piano lessons or sports is so important. It has nothing to do with creating a good musician or a five-year-old soccer star,” said Heatherton. “When you learn to force yourself to practice for an hour or run fifteen laps, you start building self-regulatory strength. A five-year-old who can follow the ball for ten minutes becomes a sixth grader who can start his homework on time.”

This is how willpower becomes a habit: by choosing a certain behaviour ahead of time, and then following that routine when an inflection point arrives.

Quotes from the Book

“Change might not be fast and it isn’t always easy. But with time and effort, almost any habit can be reshaped.”

“Typically, people who exercise, start eating better and becoming more productive at work. They smoke less and show more patience with colleagues and family. They use their credit cards less frequently and say they feel less stressed. Exercise is a keystone habit that triggers widespread change.”

“Champions don’t do extraordinary things. They do ordinary things, but they do them without thinking, too fast for the other team to react. They follow the habits they’ve learned.”

“Willpower isn’t just a skill. It’s a muscle, like the muscles in your arms or legs, and it gets tired as it works harder, so there’s less power left over for other things.”

“The best agencies understood the importance of routines. The worst agencies were headed by people who never thought about it, and then wondered why no one followed their orders.”

“The Golden Rule of Habit Change: You can’t extinguish a bad habit, you can only change it.”

“Someday soon, say predictive analytics experts, it will be possible for companies to know our tastes and predict our habits better than we know ourselves.”

There’s nothing you can’t do if you get the habits right.”

The Will to Doubt

“The protection of minorities is vitally important; and even the most orthodox of us may find…

The Starfish and the Spider

A spider is a creature with eight legs coming out of a central body. It has…

Your cell phone provider tracks your location and knows who’s with you. Your online and in-store…

The United States Army in Vietnam was not a cohesive, functional organization, and most of its…