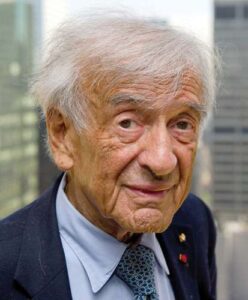 Eliezer Wiesel aka Elie Wiesel (30 SEP 28 – 02 JUL 2016), is a Romanian-born Jewish writer and a Holocaust survivor. He was awarded the Nobel Prize for Peace in 1986. Consequent to annexation of Sighet by Hungary in 1940, the Wiesel family along with other Jewish families were forced to live in ghettoes. In May 1944, Nazi Germany deported the Sighet Jews to the Auschwitz-Birkenau concentration camp in Poland. Elie Wiesel was a 15-year-old young boy at that time and was sent to Buna Werke labour camp, a sub-camp of Auschwitz III-Monowitz, with his father where they were forced to work under deplorable, inhumane conditions. They were later transferred to other Nazi camps and force marched to Buchenwald where his father died after being beaten by a German soldier, just three months before the camp was liberated. Wiesel’s mother and younger sister Tzipora also died in the Holocaust. Elie was freed from Buchenwald in 1945. Elie and his older sisters Beatrice and Hilda were the only survivors in the family. Wiesel moved to New York in 1955 and became a U.S. citizen in 1963. Elie Wiesel a writer of more than sixty fiction and non-fiction books, a teacher and an activist is known for his memoir Night, in which he recounted his experiences surviving the Holocaust. In his Nobel Prize acceptance speech, he said:

“Sometimes we must interfere. When human lives are endangered, when human dignity is in jeopardy, national borders and sensitivities become irrelevant. Whenever men or women are persecuted because of their race, religion or political views, that place must—at that moment—become the center of the universe.”

An astute reader will have noticed that there is no shortage of books, documentaries, and movies on the Holocaust. “Night” is a powerful memoir that narrates the author’s experience during the Holocaust in several concentration camps. Translated from the much longer original version titled “Un di Velt Hot Geshvign (And the World Has Remained Silent)” written in Yiddish in 1956, it is a candid and horrific account of his survival as a teenager in the death camps.

The book begins with a powerful preface where the author justifies his reasons for writing the book and very aptly says:

“CONVINCED THAT THIS PERIOD in history would be judged one day, I knew that I must bear witness. I also knew that, while I had many things to say, I did not have the words to say them. Painfully aware of my limitations, I watched helplessly as language became an obstacle. It became clear that it would be necessary to invent a new language. But how was one to rehabilitate and transform words betrayed and perverted by the enemy? Hunger—thirst—fear—transport—selection—fire—chimney: these words all have intrinsic meaning, but in those times, they meant something else.”

The introduction also brings out extracts from the original version which were edited out of the translated version. The preface sets the tempo of the book and ends with:

“For the survivor who chooses to testify, it is clear: his duty is to bear witness for the dead and for the living. He has no right to deprive future generations of a past that belongs to our collective memory. To forget would be not only dangerous but offensive; to forget the dead would be akin to killing them a second time.”

Night is a 120 page fast one-sitting read with many themes dominating the book. “Silence”, as theme, in its theological, existential, and linguistic manifestations dominates the narrative: the mystery of the God’s silence in the face of evil; the muteness of the dead; and the utter disproportionality of language and events of the Holocaust. In one of the most famous passages of the book, the author states, “Never shall I forget that nocturnal silence which deprived me, for all eternity, of the desire to live.” The divine silence that he finds most troubling, is an event at Buna where the Gestapo hangs a young boy and a man asks, “Where is God?” and the response is a total silence throughout the camp.

The author’s struggle with this faith is another theme that comes in the book frequently. Having been exposed to religious studies at a local yeshiva, during his childhood, where he studied the Torah (the first five books of the Old Testament) and the Cabbala (a doctrine of Jewish mysticism), he quickly became influenced by the traditional spiritual beliefs and liberal expressions of Judaism. The same came crashing and his faith in the goodness of the world is irreparably shaken, by the cruelty and evil he witnesses during the Holocaust. Night was one of the first books to have raised many questions like “where was God at Auschwitz?”,

Strong Father-Son bond also dominates the narrative. He sees around him family bonds breaking in the face of adversity and mentions sons mistreating their fathers on at least three occasions. He depends on his father for support, and his love for his father allows him to endure. During the long run to Gleiwitz, he says, “My father’s presence was the only thing that stopped me [from allowing myself to die]…. . I had no right to let myself die. What would he do without me? I was his only support.” Their relationship demonstrates that Eliezer’s love and solidarity are stronger forces of survival than his instinct for self-preservation.

Book Summary.        Divided into nine short chapters, the book describes his initial childhood days and how in 1944 they were forced into small ghettos only to be inhumanely herded into railway cars to be transported to Birkenau, the gateway to Auschwitz. Upon his arrival in Birkenau, Eliezer and his father are separated from his mother and sisters, whom they would never see again. The “selections” to determine whether they should be killed immediately or put to work are painstakingly described in the memoir. The unimaginable cruelty at display in the camp forces him to see the open-pit furnaces where the Nazis are burning babies by the truckload. 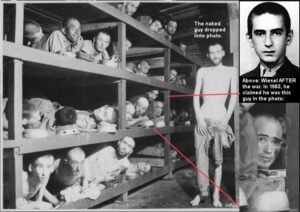 Consequent to the “selections”, Wiesel and his father are brought to the Buna work camp where they are all subjected to beatings and repeated humiliations. A cruel foreman forces Eliezer to give him his gold tooth, which is pulled out of his mouth with a rusty spoon. The prisoners are forced to watch the hanging of fellow prisoners in the camp courtyard. After a couple of months Eliezer suffers a foot injury and had to undergo a surgery. The Russians who were advancing to liberate Buna forces the Nazi’s to evacuate the camp in the middle of a heavy snowstorm with an injured foot, the author and fellow prisoners begin a death march to Gleiwitz concentration camp. They run more than 50 miles and anyone who was incapable of keeping pace was shot dead. At Gleiwitz, the prisoners are herded into cattle cars once again. They begin another deadly journey: one hundred Jews board the car, but only twelve remain alive when the train reaches the concentration camp at Buchenwald.

Throughout the ordeal, Eliezer and his father help each other to survive by means of mutual support and concern. In Buchenwald, however, Eliezer’s father dies of dysentery and physical abuse by a German soldier. Eliezer survives, hollow from the inside and on 11 APR 1945 he is liberated by the US Army.

Lawrence L Langer, a renowned Holocaust expert, says, that “moral honesty that helps undermine the sentimental responses to the Holocaust” is what sets “Night” apart.

The book has sold over 10 million copies and has spent over 80 weeks on the New York Times best-seller list after Oprah Winfrey picked it up for her book club. It is the first book in a trilogy comprising two other books “Dawn” and “Day”.

It is a must read and must not be seen only as a memoir, but as an outstanding literary work.

Quotes from the Book

Never shall I forget those flames which consumed my faith forever.

“Where is God? Where is He?” someone behind me asked.

For more than half an hour [the child in the noose] stayed there, struggling between life and death, dying in slow agony under our eyes. And we had to look him full in the face. He was still alive when I passed in front of him. His tongue was still red, his eyes were not yet glazed.

Behind me, I heard the same man asking:

And I heard a voice within me answer him:

We were masters of nature, masters of the world. We had forgotten everything—death, fatigue, our natural needs. Stronger than cold or hunger, stronger than the shots and the desire to die, condemned and wandering, mere numbers, we were the only men on earth.

At last, the morning star appeared in the gray sky. A trail of indeterminate light showed on the horizon. We were exhausted. We were without strength, without illusions.

[Rabbi Eliahou’s son] had felt that his father was growing weak, he had believed that the end was near and had sought this separation in order to get rid of the burden, to free himself from an encumbrance which could lessen his own chances of survival.

I had done well to forget that. And I was glad that Rabbi Eliahou should continue to look for his beloved son.

And, in spite of myself, a prayer rose in my heart, to that God in whom I no longer believed.

My God, Lord of the Universe, give me strength never to do what Rabbi Eliahou’s son has done.

One day I was able to get up, after gathering all my strength. I wanted to see myself in the mirror hanging on the opposite wall. I had not seen myself since the ghetto.

From the depths of the mirror, a corpse gazed back at me.

The look in his eyes, as they stared into mine, has never left me.

My Visit to Auschwitz-Birkenau 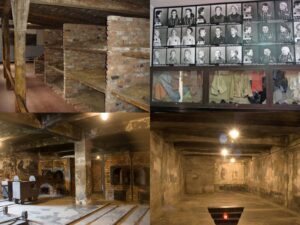 I visited Auschwitz-Birkenau in 2006 and no matter how many times one may have watched “Schindler’s List” or read “The Boy in the Striped Pyjamas” or even “Night”, the experience of visiting the actual site is overwhelming. The words from books and scenes from movies immediately translate into real people who faces, names, nationalities, ages, and occupations bring to life the people who’ve been dehumanised. The mixture of fear, horror and defiance in their expressions is heart wrenching. 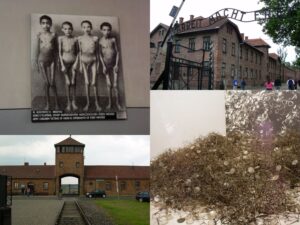 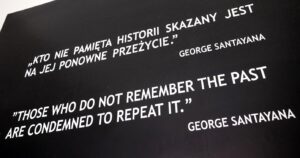 What makes people tick? The Elephant in the Brain by Kevin Simler (Twitter) and Robin Hanson…

The Palace of Illusions

Liberalism or Democracy: A Choice, Best to avoid making?

We are living in interesting times, where nothing can be taken for guaranteed, even if it…

The Great Secret: The Classified World War II Disaster that Launched the War on Cancer by…