A Short Story for Engineers – “A toothpaste factory had a problem: Due to the way the production line was set up, sometimes empty boxes were shipped without the tube inside. People with experience in designing production lines will tell you how difficult it is to have everything happen with timings so precise that every single unit coming off of it is perfect 100% of the time. Small variations in the environment (which cannot be controlled in a cost-effective fashion) mean quality assurance checks must be smartly distributed across the production line so that customers all the way down to the supermarket won’t get frustrated and purchase another product instead. Understanding how important that was, the CEO of the toothpaste factory gathered the top people in the company together. Since their own engineering department was already stretched too thin, they decided to hire an external engineering company to solve their empty boxes problem.”

Remote Learning – Here’s what one week of attempting online school looks like. 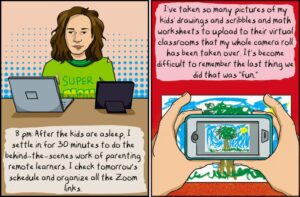 Subway Bread Is Too Sugary to Be Called ‘Bread’ – … the judges ruled that Subway’s bread is not a staple food because its sugar content is 10 percent of the weight of the flour in the dough; the Value-Added Tax Act 1972 stipulates that sugar, fat, and “bread improver” cannot add up to more than 2 percent of the weight of the flour. (Those limits are in place to prevent things like pastries and other sweet baked goods from being labeled as “staple foods” and exempt from being taxed.)

How India Censors The Web – Nation states around the world engage in web censorship using a variety of legal and technical methods. India is no different in this regard: the Government of India can legally order internet service providers (ISPs) operating in its jurisdiction to block access to certain websites for its users. This makes the situation different from jurisdictions like Iran and China, where internet censorship is largely centralised. Legal provisions in India, namely Section 69A and Section 79 of the Information Technology (IT) Act, allow the Central Government and the various courts in the country to issue website-blocking orders that ISPs are legally bound to comply with. Most of these orders are not publically available……. Web censorship is a curtailment of the right to freedom of expression guaranteed to all Indians. There is an urgent need to reevaluate the legal and technical mechanisms of web censorship in India to make sure the curtailment is transparent, and the actors accountable. The whimsical attitude towards web censorship from both ISPs and the Government necessitates the development of a crowdsourced tool to monitor and measure such censorship from different vantage points in the country. This will shed further light into the geographical variation of censorship practices by ISPs across India, which is still unclear.

Social cooling refers to the idea that if “you feel you are being watched, you change your behavior.” And the massive amounts of data being collected, especially online, is exaggerating this effect. This may limit our desire to speak or think freely thus bring about “chilling effects” on society—or social cooling.

NASA gave spiders DRUGS – how their webs changed when high on weed, LSD and caffeine 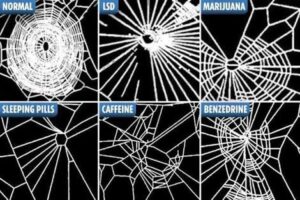 The Starfish and the Spider

What did Earth look like X years ago? – Starts at 750 million years ago: “Cryogenian…