Improving math skills through baking. Get your kid to cook and bake with you in the kitchen and use it as a teaching tool. Baking is full of important math skills and with these easy ideas you can incorporate learning into cookies and cake! From addition, subtraction, multiplication, division, fractions to conversions, shapes, telling time, doubling a recipe and more, these easy math ideas through baking are great for ALL ages!

One of the ways you use math every day is in the kitchen. Reading recipes and baking and cooking are full of important math concepts. If you’re baking with your kids then you can also use it as a math lesson (and science and reading!) for kids of all ages. 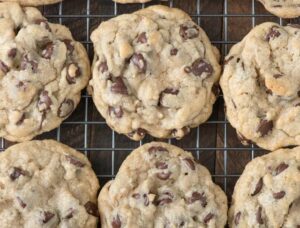 These activities are suitable for young children and help them in identify shapes and colors. For example:

Young kids could be introduced to counting in a kitchen. For example:

Baking is an exact science and accurate measurements play a key role in the final outcome. A pinch or this thrown here and there in a sauce may work just fine but not in baking. The age of the child will be a crucial to decide how much of weighing and measuring you can teach. It is never too early to get them in the kitchen and introducing them to the idea. Conversions, etc can be included as they grow older. 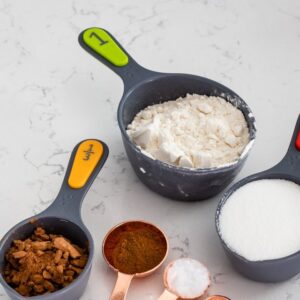 Time is critical in baking. The moment a child learns how to tell time, they can reinforce this learning in the kitchen

Early Primary Classes (They are reading clocks at this stage)

Fractions is another extremely importance arithmetic concept used extensively in baking. Weights and measures of various ingredients deal in whole and/or fractional parts. From just choosing the right measuring cup to comparing the sizes and then later, doubling and converting, fractions are a huge part of Maths and Baking.

Doubling recipes is easy and most recipes do work when doubled. Math concepts kids can learn when doubling a recipe: 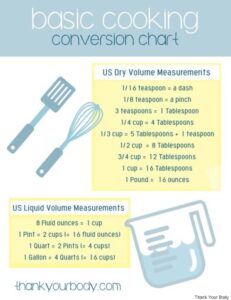 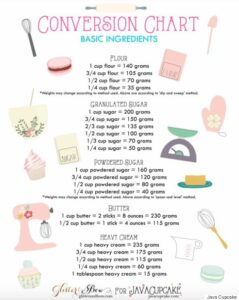 Learning Science and Reading When Baking

Math isn’t the only thing kids will learn when baking and cooking. There are opportunities for science and reading as well!

Reading – comes into play when just reading a recipe. It’s important to read the recipe before you start cooking, and there are nuances to recipes that mean different things, which is an important thing to learn.

Science – Two main things that come to mind relating to science and baking are: baking soda and yeast. Teaching a child about leavening a recipe with baking soda, interaction with vinegar in a banana bread recipe can teach them about scientific reactions. Learn about baking soda vs baking powder through which plenty of science can be taught. 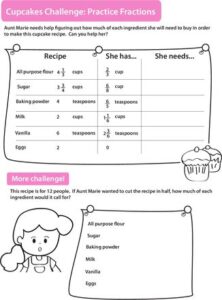