Hindi/Hindustani has many forms of saying ‘you‘. Had an interesting discussion with an elderly on this topic. 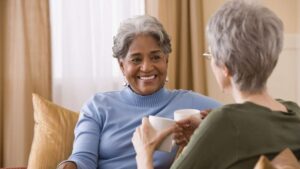 The point of discussion was that “since the elderly was brought up /trained to say ‘you’ in a specific form (आप) – that and only that form is right and the other form i.e. तुम  and तू  (especially this one) is a symbol of illiteracy, disrespect and lack of education“. I did not agree to this point of view, since in my perception 1) we cannot sit in judgement over someone else’s education/illiteracy only because they use तुम / तू  2) saying  आप – तुम – तू is a cultural / regional / primary language issue of the speaker 3) Tone and tenor of the speaker while using any form of “you” is more indicative of displaying respect.

आप is a formal form of “you” generally used to address an elder, stranger, relatives or used in official use. Commonly, it is understood by most that it displays respect for a person. The respect apart, this form can show the distance between the people. Continued use of the word आप can be construed that the speaker wishes to maintain a distance. In a recent times, parents are forcing their children to use आप to address everyone.

तुम is a less formal form of “you”. It is used in informal environment, among elder members in family, married friends , official environment among work colleagues etc. It shows that the people know each other and at same time, wish to give the respect due to age or environment. In familiar environment, if you are addressed as तुम,  you should not feel upset that you are being given less respect. It is most likely that you are now more accepted in their circle, understanding or a relationship.

तू  the most debatable form is an informal form of “you”. It is used in an informal environment, close relationship and by the masses. It is also used to address God. It represents a close bond among the person and it is used by close friends, pre-marital couples, young family members, same age relatives etc. It’s wrong use could be offensive and is often heard in verbal duels or in high temperament conversations. This form has been used and is still used by children in some cultures to address their parents. Use of the word तू (excluding its use in offensive situations)  does not imply lack of etiquettes, manners, education or civility.

The speaker’s choice of the word depends on many things and one is free to use any form that feels fit in a given situation, but it is high snobbish to conclude that the use of any word other than आप is indicative of lack of etiquettes, manners, education or civility. Some thinkers are of the view that overuse of formalities are killing the essence of human bonding.

My personal opinion is that आप could be avoided in close relationships and tone and tenor of the speaker is more indicative of respect.

Learn to READ >> READ to Learn

Reading is the heart of education, the knowledge of almost every subject in school flows from…

“Battery Target”, the OP (Observation Post) officer nominated shouted and ran in as if something was…

Even for a country which is perpetually in outrage mode, the brouhaha over the TRP scandal…